Indigenous shamanism is full of intriguing beliefs and fascinating stories. Those of you who have had worked with indigenous healers can probably see them spitting, clearing their throats or coughing a lot throughout various ceremonies. As much as it may just look as just a simple physical reaction there is a deeper and more metaphysical meaning to this. It is believed that there is a powerful spirit called Mariri that lives in shaman’s phlegm and can be used as an ally in healing practices, but also as a source of protection and defence. How Mariri comes to the shaman?

Yachay – is a special type of phlegm generated by shamans and sorcerers of the Peruvian Amazon Basin which is believed to contain the essence of their power in the form of virotes, tsentsak (invisible pathogenic projectiles or magical darts utilized in indigenous and mestizo shamanic practices for the purposes of sorcery and healing), darts, arrows, or splinters of bone that are believed to be contained in the phlegm. It is believed that these may be fired from the mouth and that being pierced by virotes causes various conditions. These may be removed by a shaman, who sucks them out of the victim’s body.

Yachay is the Quechua word for knowledge. It is derived from the verb yacha (know), specifically referring to ritual knowledge. Similarly, the word for shaman in Quechua is Yachak, the one who knows.

Mariri – is the traditional name for a nature spirit that is believed to live in the phlegm. It is believed that the spirit is fed with tobacco smoke. Shamans believe that they can regurgitate the spirit at will and pass it on to a disciple. The disciple either receives the Mariri by swallowing the regurgitated substance from the hands of the shaman or by smoking it through a pipe. It is also believed that Mariri can be given to someone from nature spirits, such as the ayahuasca plant spirit. Shamans use Mariri as a defence and protection in acts of magic, it is also considered a powerful healer. 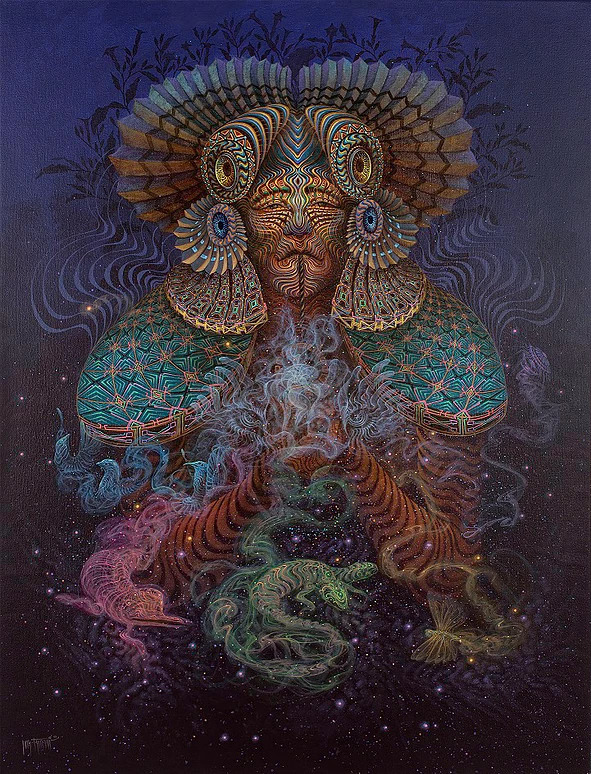