“We come to Pu’uloa because we want what’s best for our keiki (children). Pu’uloa holds two on my children’s piko. Their kupuna (elders) brought them here and created puka (hole) where their piko (cord) would rest, sealed under a stone. These two keiki, now adults care for me, their own ‘ohana (families), as well as our entire ‘ohana.” – Minnie Kaawaloa, Hawaiian Elder. 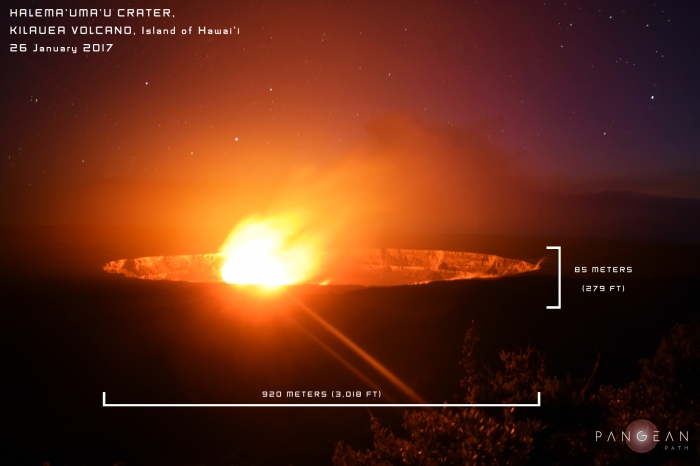 There are ghosts of stories and memories of the native Hawaiians preserved within Pu’uloa petroglyphs. The name Pu’uloa, that translates into Large Hill, carries a kaona (hidden meaning) – hill of long life and is a home to a unique and spiritual collection of old petroglyphs. These intricate lava rock carvings are a record of the history and culture of the native people of the Islands who have used this site for ceremonial and spiritual purposes for centuries. The site embraces the largest array of petroglyphs in Hawai’i, embracing over 23,000 diverse rock carvings, making it a great testament to its cultural, spiritual and scientific significance. Most of them were carved before western contact in Hawaii. 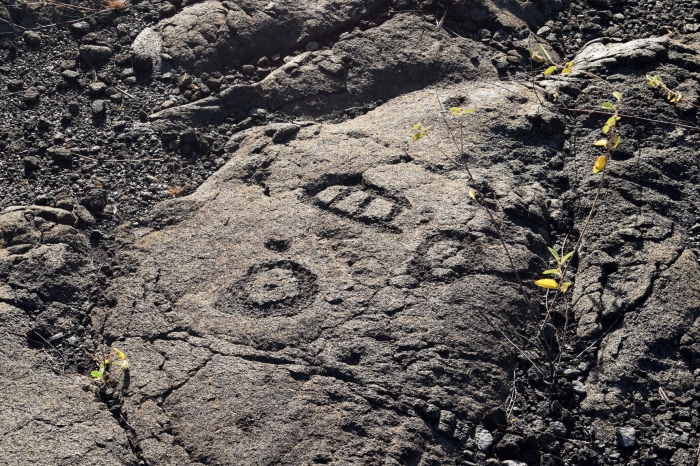 For native Hawaiian ‘ohana (families), those of Kalapana region, in particular, the site is considered revered and sacred. ‘Ohana still continue their indigenous traditions and ceremonial practices here, in hope of blessing their children with long life and prosperity. Families with genealogical ties to these lands come here to place the piko (umbilical cord) of their child. They hope that mana (spiritual guiding energy) of Pu’uloa would bless the child with a long and happy life, and root them to the ancestral lands. Each puka (hole) is created to house a single child’s piko. Over 50% of petroglyphs found at Pu’uloa are piko-related carvings – a testament to the importance of both the site and the ‘ohana (family). Each puka is as unique as the individual who created it. Some are carved deep, some shallow, some extravagant, with multiple holes in circles or as a line. These petroglyphs are seen as a bridge to unite generations of Hawaiian families from past, present and future. 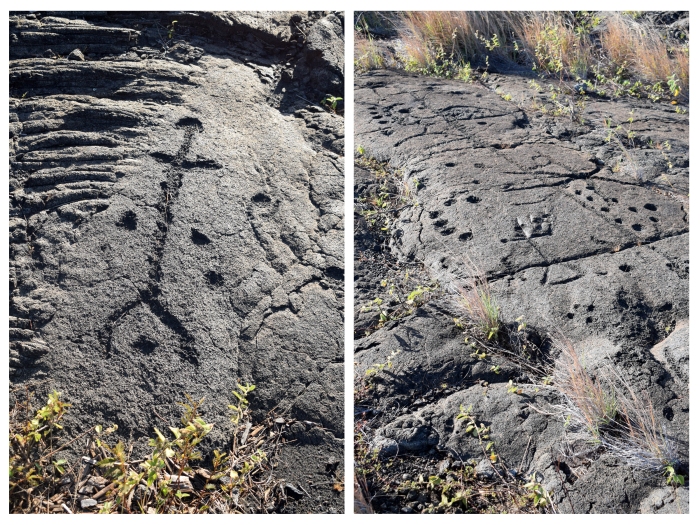 Other motifs vary from straight lines to semicircles to concentric rings, with some rude imitations of the human representations known as anthropomorphs, cut or carved in the compact rocks of lava. Most of them are cupules or holes, motifs of circles, other geometric as well as cryptic designs, canoe sails, animals (turtles, birds, sea creatures), but also a lot of beautiful, abstract and complex shapes, probably of sacred importance. It is generally thought these carvings are records of births and other significant events in the lives of the people who lived here long ago. 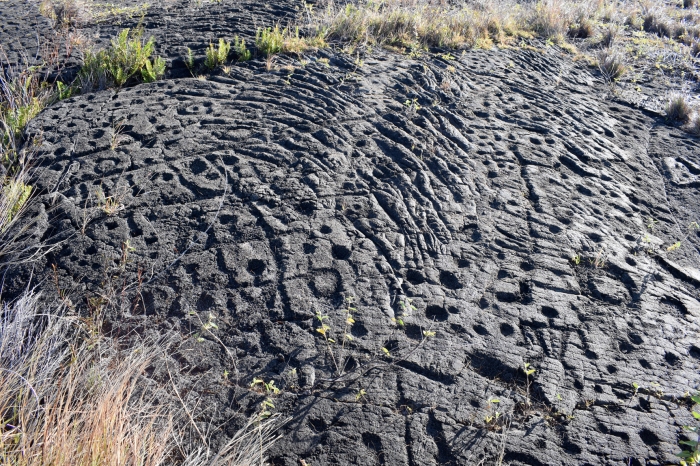 Ancient Hawaiian culture lacked a written language, but there is an amazing study by anthropologist Martha Beckwith on the meaning of the petroglyphs. Her observations and studies led to a conclusion that Hawaiian petroglyphs were not a solely aesthetic art. Although some very beautiful in their presentation, petroglyphs also serve a deeper purpose. Petroglyphs at Pu`u Loa are interpreted to have recorded travel around the island of Hawai`i, express consideration for human longevity and well being, communicate events current and past, as well as mark boundaries and trails. 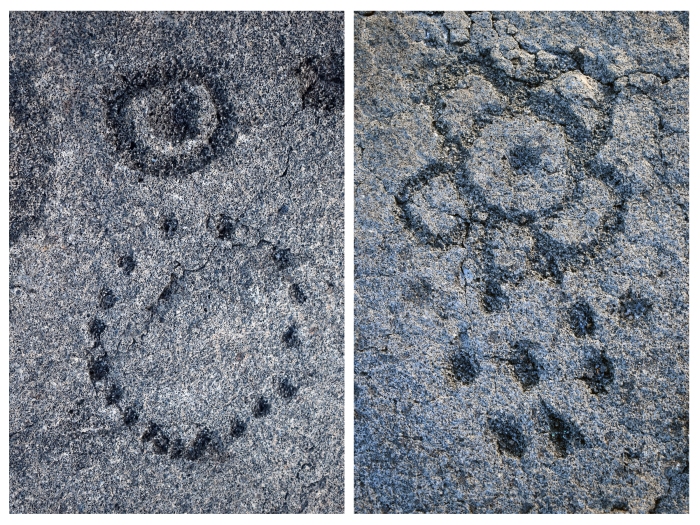 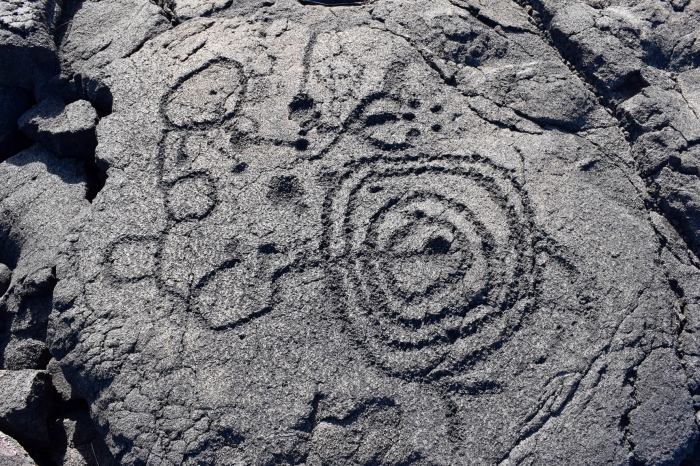 In geologic terms, the centre of Pu`u Loa consists of a volcanic pressure dome with outlying areas of ancient, relatively level fields of in lava pahoehoe bedrock (pahoehoe, being one of the two types of lava found in Hawai`i, a rather smooth surfaced substrate), dated geologically between AD 1200-1450. The petroglyphs I have found have been carved into the thin, fragile crust of 400-700 years old lava flow. The earliest written observation of the petroglyphs at Pu`u Loa in 1823.

More About the history and meaning of the petroglyphs:

One of the first European observations of petroglyphs is that of William Ellis, a reverend who is also the first European to go to the summit of Kilauea. In 1823 he wrote down his observations describing the petroglyphs and giving the first explanation. Thus, these engravings would be the equivalent of the marks made by the travellers on the walls of the monuments or in the bark of the trees to leave a trace of their passage. When one or more points are in one or more concentric circles, each point represents one person and each circle corresponds to the circumambulation of the Island of Hawaii. When the petroglyph is composed of a circle accompanied by marks engraved beside it, the circle always indicates the circumambulation but the marks make it possible to know how many people have undertaken it. A variant of the latter type of petroglyph consists not of a circle but of a semicircle, a sign that the person (s) went to Pu’u Loa and then turned back to their home. 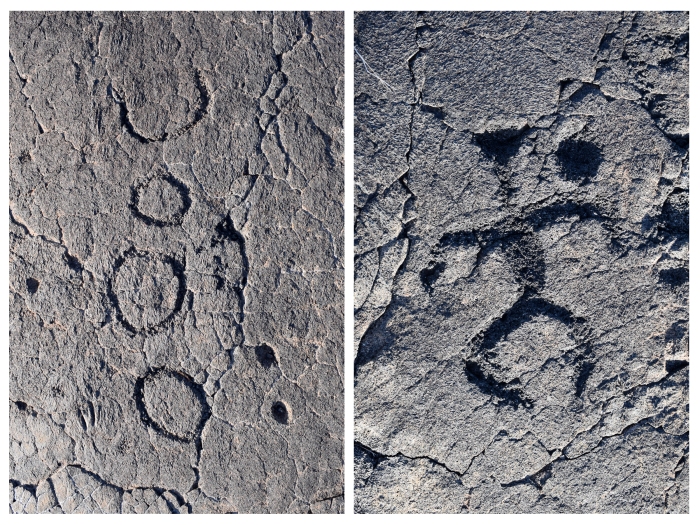 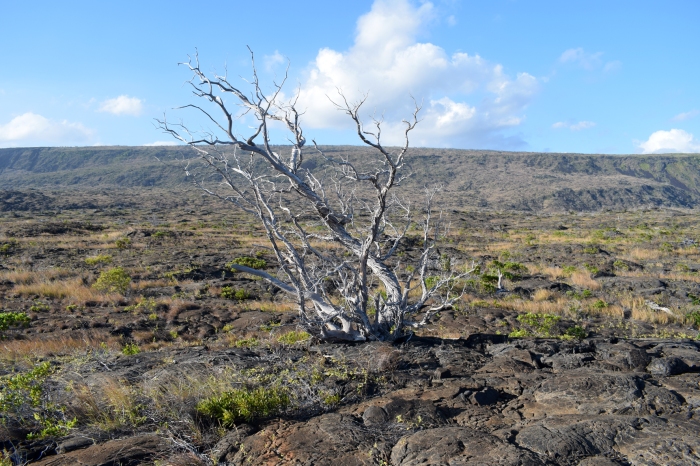 In 1914, American anthropologist Martha Warren Beckwith provided another explanation of these petroglyphs after his visit to the Pu’u Loa. A Hawaiian custom would have been to recover the umbilical cord of a newborn, to dig a hole in the lava of Pu’u Loa, to place the cord and to cover the whole with a stone: if the umbilical cord has disappeared Next day, then the newborn is assured to have a long life. This use would spread throughout the archipelago, Hawaiians from other islands not hesitating to make the trip to Pu’u Loa. Also within the framework of this practice, a circle surrounding a single hole would correspond to a mother’s firstborn, two concentric circles surrounding a hole in the eldest of a chief and a circle surrounding several holes belonging to a same family. A broken line would symbolize a lizard, a solitary circle, a calabash, a circle accompanied by a long line would represent a puloulou, a symbol of taboo. This practice was abandoned at the end of the nineteenth century under the pressure of the missionaries and the evangelization of the Hawaiian population. The presence of petroglyphs and their origin give the Pu’u Loa a sacred character for Hawaiians and especially those of Kalapana.